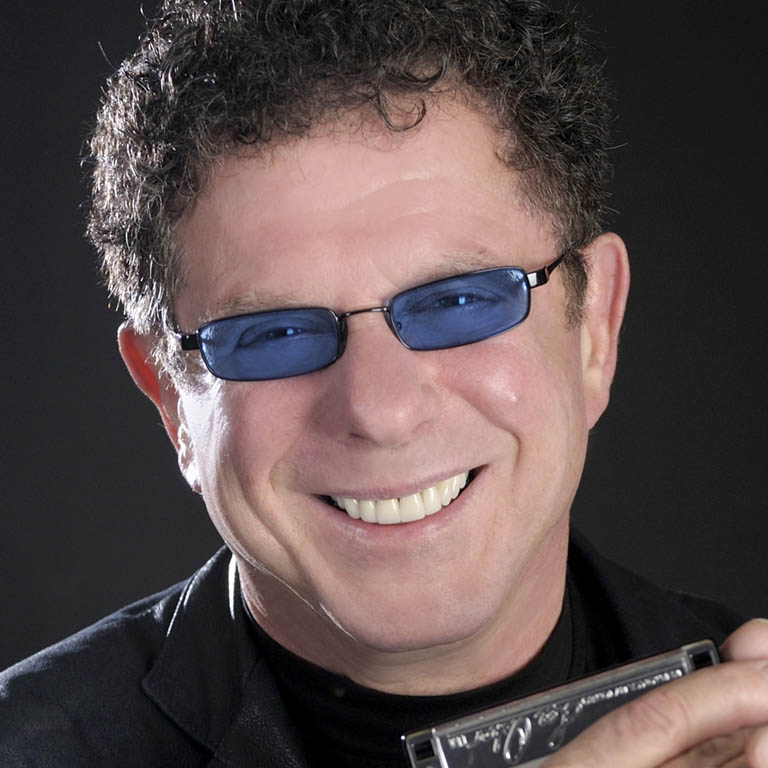 The funkiest Dane who ever walked this earth.

In the ’70s, Lee Oskar‘s harmonica sound was inescapable, vibrantly coloring the humid, Latin-tinged funk and soulful barrio ballads of California ensemble War’s many hits and intriguing deep cuts. That a Danish Jewish musician ended up with one of the most successful black American recording artists of the 20th century is one of the industry’s most absurd turn of events; that Oskar also sported the group’s biggest afro further adds to his mystique. But within that unfeasibly hirsute head, Oskar was concocting melodies and riffs that animated timeless classics such as “Low Rider,” “Cisco Kid,” “The World Is a Ghetto,” “Spill the Wine,” “Me and Baby Brother,” “Magic Mountain,” and many more.

Besides his War exploits, Oskar released a few albums in the ’70s and ’80s—Lee Oskar, Before the Rain, and My Road Our Road—that became rich sample sources for hip-hop and R&B producers, including Pitbull/Ke$ha’s use of “San Francisco Bay” for the hit “Timber.” In addition, Oskar has played for decades in the LowRider Band, featuring former War members Harold Brown, Howard Scott, and B.B. Dickerson (the latter musician has left the group due to health issues), and in 1983 formed Lee Oskar Harmonicas, which he operates out of his Everett, Washington home. (Mick Jagger and Bruce Willis are customers.) I recently talked to the 71-year-old Oskar in advance of his two-night run (January 3-4) at Triple Door for Mark Hummel’s Blues Harmonica Blowout.

The Stranger: I’m gonna ask some questions that will require you to dig deep into your memory, and I hope that’s okay.
Lee Oskar: Uh, yeah, I could use some therapy.

Here’s something I’ve wondered for decades: How did a Danish harmonica player end up playing on some of the funkiest songs ever? I imagine that you were somewhat of an anomaly in that country? This seems like a very unlikely turn of events, so….
Yeah, it is, it seems to be, indeed, especially in this world where we live where… I don’t know what word’s used, but, for lack of a better word stereotype, “amateurs,” you know? To be honest with you, naïvety is the same thing as what works for music; it creates magic. I’m from Denmark, and as you know, I wasn’t brought up self-conscious about any of that stuff. [An exchange ensues about our mutual Latvian Jewish roots, Oskar’s mother and aunts escaping Hitler’s death camps, and his grandmother perishing in one.]

I grew up [respecting] humanity and life, and I was very paranoid about being Jewish. I don’t like to promote I’m Jewish, I’m proud of it, but I don’t brag about it, but he fact is, I was this white, curly-headed guy and I came to America to make it in the music business. That was my whole ambition to come to the United States. So I met first Hugh Masekela and Stew Levine, and they put me up for bit and then it was back on the streets, and then I met Eric Burdon. And with Eric Burdon, he wanted to form a new band, and so he and I went to a club in North Hollywood that was called the Rag Doll, but we went to check out this band and the band was backing up a famous football player named Deacon Jones.

When I walked in with Eric, Deacon was doing these one-arm pushups, singing a love song and I’d be pretty intimidated… a [guy doing a] one-arm pushup, singing, “I love you, baby.” And so, I jumped up onstage, and the band that was playing behind Deacon Jones, they knew that some famous English guy was gonna come in; they didn’t know about Eric Burdon and the Animals, and who they were, actually. And when I jumped up onstage, I think they thought I was [Burdon]. And it was just packed with people in there; everybody wanted to make a record deal back then. And the next day I was sitting around the swimming pool in Hollywood with the nucleus of that band that was called Nightshift, and Eric and myself. And that became the backup band that I was part of, and that’s how it pretty much happened.

One time I remember at a Newport Jazz Festival, a guy close to the stage said, “That ain’t no brother!” and [War saxophonist] Charles Miller, who I looked up to, he treated me like I was his baby brother… he wouldn’t allow that shit to happen. And there’s times when you get people coming up and asking you, like, “How is it you can have so much soul?” and honestly, it doesn’t matter what breed or race you are; there are people that have a lot of heart and soul who can express it, and there’s a lot of people, just about anybody else who’ve got a lot of heart and soul, that just may not know how to deal with it or express it. And then they get caught up in the social things, which there’s other things other than the “conquer and divide” people. But I’ve been a free spirit, and I love music, and I don’t give a shit what you look like; just close your eyes and listen to the music.

Get the Full Story at The Stranger