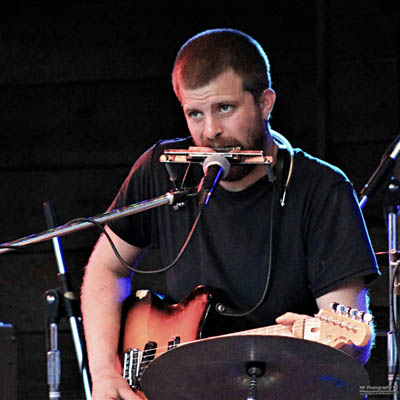 Brody Buster is a blues and rock musician from Lawrence, KS.

He’s a former harmonica child prodigy and has been featured on countless TV shows, including the Tonight Show with Jay Leno, Dateline, Crook & Chase, and the Jon Stewart Show. Even Baywatch Nights and Full House showcased Brody’s talents.

Brody has shared the stage with Quincy Jones, Keb Mo, Chaka Kahn, Lee Oskar and was a regular performer at B.B. King’s Blues Club. B.B. was once quoted as saying, “Despite his age, Brody Buster is one of the greatest harmonica players of our time.”

You can find Brody performing with his full band or as a one man band.