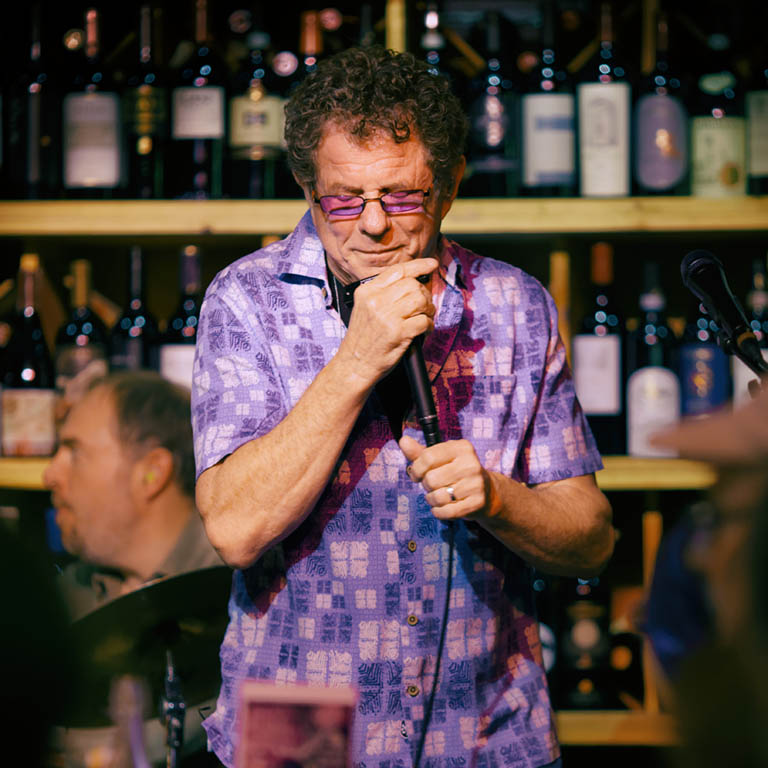 The Danish music legend from the hit band War lives in Everett and sells his harps worldwide.

“Low Rider” erupts from the harmonica of a hipster with thick curly brown hair and blue tinted specs.

It sounds just like the way Lee Oskar played it.

What’s up with that?

It is Oskar, the harmonica honcho from the funk-rock-jazz band War.

Usually he has a stage to put on a show, but he doesn’t need one.

On this day, Oskar, 71, plays at a work table in the basement headquarters of a nondescript house in the Glenhaven area that serves as the office of his international harmonica company. It’s a short commute from his home, which is next door.

Oskar lives in Everett? Who knew?

He and his wife, Sri, moved here six years ago from Redmond, attracted by what the area offered in affordability and access. They bought two neighboring houses for home and business.

The Dane who for decades was on album covers and played international venues occasionally gets a bemused “Where do I know you from?” from locals at the grocery store or gas station.

Most people recognize the music more than the man. Back in the day, he had a ’fro and a ’stache.

War’s Gold award hits include “Cisco Kid,” “Spill The Wine,” “The World Is a Ghetto” and “Why Can’t We Be Friends?” The band also received other Gold and Platinum awards for its nearly 30 live, studio and compilation albums and some 60 singles.

Oskar was the 1976 Instrumental Artist of the Year for Billboard, Cashbox and Record World. He received American Society of Composers, Authors and Publishers Music awards for his compositions throughout the years and in 2018.

In addition to War, he focused on a solo music career. His album “Before the Rain” came out in 1978, and many others have been released since. New CDs are in the works.

He founded Lee Oskar Harmonicas in 1983.

He says the harmonica is a tool for the “musically hopeless.”

He says it’s as easy as breathing to make music.

“You already breathe, and if you breathe on a harmonica it makes all these sounds like you make music … chords and harmonies,” Oskar said.

It’s easy to master, compared to a guitar, which he says “takes a lot of dexterity before it even sounds musical.”

The products with his signature are handmade in the Japanese factory Tombo. The harps are a collaboration of “their expertise and my ideas and design,” he said. The instruments have an interchangeable system of reeds, combs and cover plates. There are four models, devised with keys for genres that include jazz, ska, reggae, Yiddish, Latin and hip hop.

Oskar’s harps are only sold online and at music stores. A major diatonic model (for blues, folk, rock, pop, country) goes for $44.99 at Guitar Center in Lynnwood. On the wall a few rows away, a Billy Joel signature series is on clearance for about $30.

Oskar himself drops by on occasion.

Get the Full Story at The Everett Herald