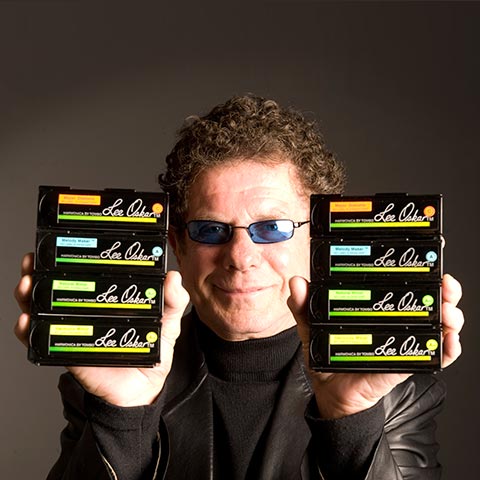 In my career, I’ve been very lucky to have had many great moments and opportunities that shaped my life. First, meeting Hugh Masekela and Stewart Levine, who took an early interest in my career. Soon after, I met Eric Burdon who wanted me to be a part of his next band, Eric Burdon and WAR. This was a dream come true, backing up Eric, and playing with the brilliant Charles Miller on the saxophone. It was a life-changing opportunity, and the rest is…history.

Through WAR, I got to be around the mainstream music of our day, right there in the middle of great people like Jimi Hendrix, Jim Morrison and others. I was like a fly on the wall, as I saw a lot of things that I did not fully understand at the time but I sure do now as I look back. I saw how people like Jimi and in more recent times, Michael Jackson or Prince, who became bigger than life, pay a tremendous price for that celebrity. There are so many enormous pressures and expectations heaped on them with all the sensationalism. I would never want my fame to be so much bigger than my music, I would never want the hype to overshadow the music itself. I re-member, and still wish to hold onto, the simple excitement I felt over first hearing our music play on the radio.

The reality is, it’s all about the music. It always was and always should be.

On the other end of the spectrum, it was a thrill when we (Eric Burdon and WAR) played Ronnie Scotts in London, which was known for being a hard-core jazz club where giants like Coltrane and Miles Davis had played, and typically, they’d sneer at Rock N’ Roll, or fusion, or anything but pure jazz. However, we played there 3-4 nights and Melody Maker magazine called us the “best live band ever heard.” So while we were there, Jimi Hendrix came in one night to hear us and—incredibly enough— he sat in to play with us. So sadly, he died the next day.

As it turns out, a person in the audience was recording the show on a reel-to-reel tape, which was confiscated by our management. However, years after this history-making show, someone, somehow had access to the masters and made a copy of the show, and we later learned that at some point, there were cassettes floating around. Of course, the sound quality of those bootleg recordings was awful. But years later, someone else gave me two CD’s of this show, which can be found on the archives on my website here: Jimi Hendrix’s farewell performance with Eric Burdon and WAR, Sept. 16, 1970.

On the topic of fame and acclaim, through WAR, all of our recordings earned certified gold and platinum record status. We worked very hard for them through the strength and popularity of our music. When I was doing my solo albums, I was working with Greg Errico, the drummer for Sly and the Family Stone, who was producing with me. As a token for the Lee Oskar band, I wanted to get them all a gold album, simply as a novelty gift, but not realizing at the time how this gesture would dilute the value and meaning of our real gold albums. When our manager heard about this, he hit the roof, (rightly) saying that I mustn’t make it look like something that just anyone gets. I realized that I should not take away the true power and value of something that was so hard-won and deserved. Moral of the story is, don’t buy your own hype, don’t ever forget it’s about the music and the hard work, and most importantly, you only earn what you know how to claim.

When I speak to young musicians who are looking to break into the business, I tell them, you’ve got to take responsibility for what you are creating. The legal world is completely different from the music business so don’t confuse the two. Upfront, take responsibility, and show the integrity to understand and be accountable for what you are agreeing to. Try to reconcile the issues that you are not happy with, and remember, business is business. Avoid dealing with people who lack integrity, it’s never worth it.