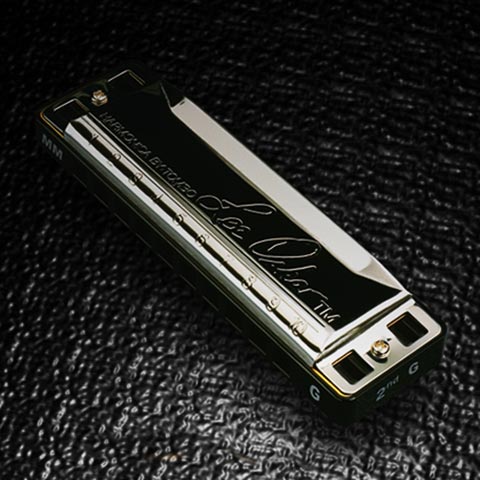 Almost 40 years ago, I was asked to do a session for Burt Bacharach and Roberta Flack for a song they were doing together. The melody required that I hit a note that I just could not reach with the tools that I had; though I tried by overblowing the note—a technique that only goes so far— I could not play the melody with the right intonation, it was way off. If only I had had my Lee Oskar Harmonicas Melody Maker™ then, I could have played the notes properly! But that was an idea whose time had not come yet— as this was well before I got into manufacturing and creating different tunings.

In fact, this experience contributed to my reasons for getting into manufacturing harmonicas that could expand one’s musical repertoire and creative potential. All LOH products are a reflection of what I needed to expand or to fulfill my musical needs with the right tools. My whole business is based upon my desperate need for better tools—the types of altered tunings that would serve me far better than just a major diatonic, to better reflect me as an artist. Over the years, it has been very gratifying for me to see how others have opened themselves up for exploration and have discovered new avenues for creative expression.

On that note, after my Lee Oskar Harmonicas Melody Maker™ was on the market for a while, I received a beautiful letter from a studio musician who wrote to thank me, saying “the Melody Maker™ gave me a whole new career.” I was thrilled to know that my dream of altered tunings had opened up a world of possibilities like that.

Speaking of the Melody Maker™, and all that harmonicas can do, I recall a time when I was a special guest on the Blues Cruise, which is essentially an all-Blues festival at sea featuring several stages on the ship, including Taj Mahal, Charles Musselwhite and many others. The sound of the Blues was everywhere, on every stage, all day and all night. There was so much incredible music, but it was all 1, 4, 5 changes as blues generally is. By the time we got to Jamaica, I had Reggae on my mind. I was excited to go on shore but knew that we would be looked upon as tourists and would be bombarded by the locals trying to sell their trinkets and wares to the passengers. After a series of polite no thank-yous, I took my Melody Maker™ out of my pocket, and started playing a major seventh chord to a minor 2nd chord, which is commonly used in Reggae. In fact, the chords on a Melody Maker™ are precisely what a lot of Reggae music uses. So, all the local sellers forgot all about the tourists, and started dancing jubilantly, they loved it, and wanted me to play more and more. In gratitude, they gave me bags of their wood carvings and other local treasures, which I later passed around to everyone on the ship, and then I said, “It’s because of the Melody Maker™!” Because I had gotten the names and addresses of those islander ringleaders who got the local crowd going wild, when I got home I sent harmonicas to them. I was so happy to have planted this seed with people who could really appreciate the music that came out of the harmonica…their music…music to their ears.

Similarly in South Africa recently, as a featured guest at the Joy of Jazz Festival with Lee Oskar and Friends, I had created a limited edition of Melody Makers™ made with the South African flag on them to give out to kids. I still remember when we did a presentation for the school children, I taught them to simply breathe in and out and before you knew it they were making music. When I first played the Major Diatonic for them, they thought it was cool BUT, when I whipped out the Melody Maker™ and could create the sound of Clave music, they absolutely lit up! The sound resonated with them.… it was their music coming out of a harmonica.