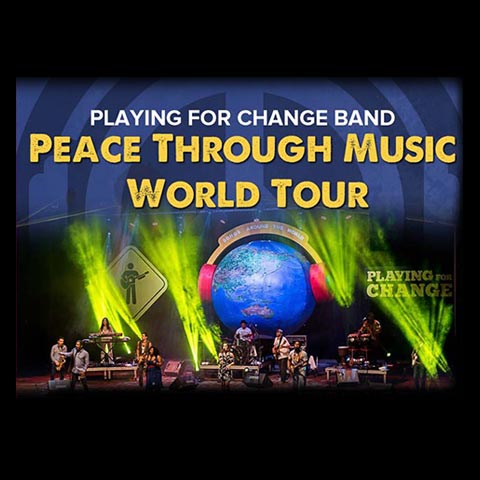 Posted at 20:20h in Press Releases, Special Events by dantos 0 Comments
1 Like

Musicians from 10 countries unite on one stage to celebrate the unifying power of music at Dimitriou’s Jazz Alley on Monday, June 26 as part of the USA leg of global tour, featuring special guest, harmonica virtuoso Lee Oskar

SEATTLE. WA, June 12, 2017 —As part of the USA leg of its globally acclaimed “Peace Through Music” World Tour, the Playing for Change Band will perform two shows at Dimitriou’s Jazz Alley on Monday, June 26, with legendary harmonica virtuoso Lee Oskar as its featured special guest. Show times begin at 7:30 pm and 9:30 pm, and doors open at 6 pm.

Founded in 2002, Playing For Change is a movement created to inspire and connect the world through music. The idea for this project came from a common belief that music has the power to break down boundaries and overcome distances between people. Their first music video production, “Stand By Me,” combined 35 musicians from 10 countries who had never met in person, and has been viewed around the world over 100 million times online.

The Playing For Change Band was formed in 2008 to help realize a dream of uniting the musicians met during PFC’s journey on one stage. This unique fusion of influences and talents is the tangible, traveling representation of PFC’s mission to connect the world through music. The band has toured throughout 5 continents for over 300 performances, playing in massive arenas including the Hollywood Bowl in Los Angeles, The Direct TV Arena in Argentina, England’s Glastonbury Festival, Bourbon Street Festival in Brazil, and Byron Bay Blues Festival in Australia.

In addition to its new collaboration with Greater Seattle’s Lee Oskar, the band has collaborated with artists such as Bono, Keith Richards, Robert Plant, Jimmy Buffet, Stephen Marley, Manu Chao, Toots Hibbert, Ziggy Marley, Sara Bareilles, Keb’ Mo’, Baaba Maal and many more. When audiences see and hear musicians who have traveled thousands of miles from their homes, united in purpose and chorus, everyone is touched by music’s unifying power.

For tickets to the Jazz Alley performances, visit: http://bit.ly/2shPL0b

For more information about Playing for Change, visit: www.playingforchange.com

About Playing For Change
Playing For Change, a B Corp organization, spreads its positive message for humanity to millions of people through inspiring multi-cultural music videos, a live global touring band and a 501c3 Foundation supporting music education around the world. For more information, please visit:
www.playingforchange.com