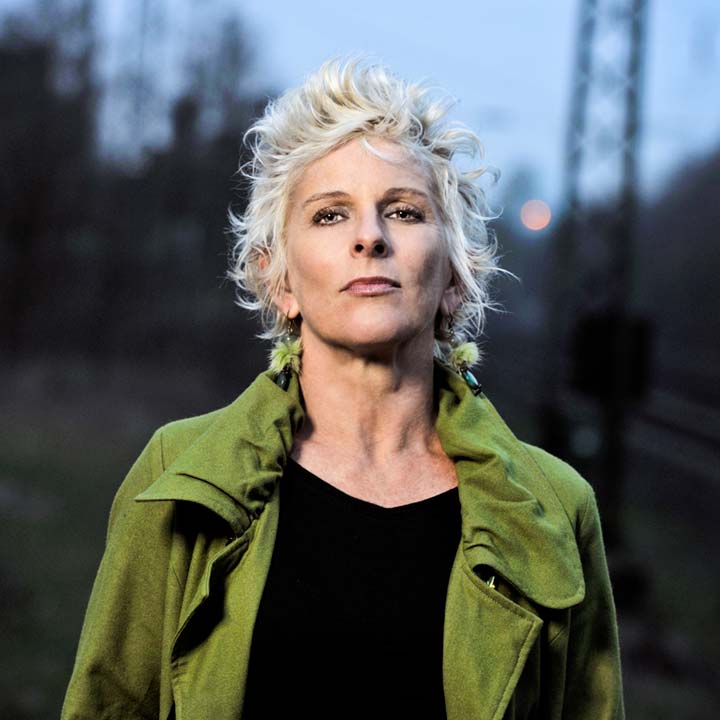 Ask Kellie Rucker where she grew up, and she’ll tell you that her roots are spread all across the country. “My family moved a lot,” she explains, and so there was no home town as such; more like a series of them, which is why, when asked where she’s from, she replies, “I’m from every-where.”

And she’s not just whistling Dixie, or Connecticut, or Colorado, or Virginia, or California or Florida. Her life is a living TripTik® that zigs and zags, crisscrossing the country until it runs clear off the map. And yet, she says, if she had to pick a spot where music took on a particularly important role, it would most likely be Connecticut, where, as a youngster, she picked up the guitar for the first time. It would be her instrument of choice for close to 20 years, with the harmonica moving into first position over time.

That connection began on a day warm enough to break out the ice cream machine, the old-fashioned kind that required a bit of elbow grease. “My brother and I were at the side of the house,” she recalls, “and he was making ice cream and playing the harmonica. And at one point, he handed it to me and said, ‘Why don’t you try it?’”

As to who and what influenced her sound, she says, “I never really listened to hours and hours of traditional blues harmonica players; I listened to guitar players a lot, and horn and Hammond organ players and all these different types of instruments. And I was a big fan of the J. Geils band, so I just listened to all that stuff. And I’d take long walks and pretty much figure out the songs.

“And then I’d start jamming with people and learning the ropes. I never really thought about earning a living; I was kind of in the moment.”

A reluctant performer, Kellie says there came a time when, in her words, “people started shoving me on stage against my will.” It was slow going at first, “but when you get the evil eye enough, you learn what to do and what not to do. And then as time went on, I started getting gigs with the bands I was playing with, and then I went to LA and that all changed.”

Rucker was in her early 20s, still a rookie and, by her own admission, not the greatest player in the world. But, as she said, LA was a turning point. Quote: “That’s where I got good.”

Get the Full Story Here on Harmonica.com