In the following diagrams, a C Major harp is used as an example only. Although the notation layout for other keys will be different…

these patterns of notes, chords & bends will be the same on all keys. 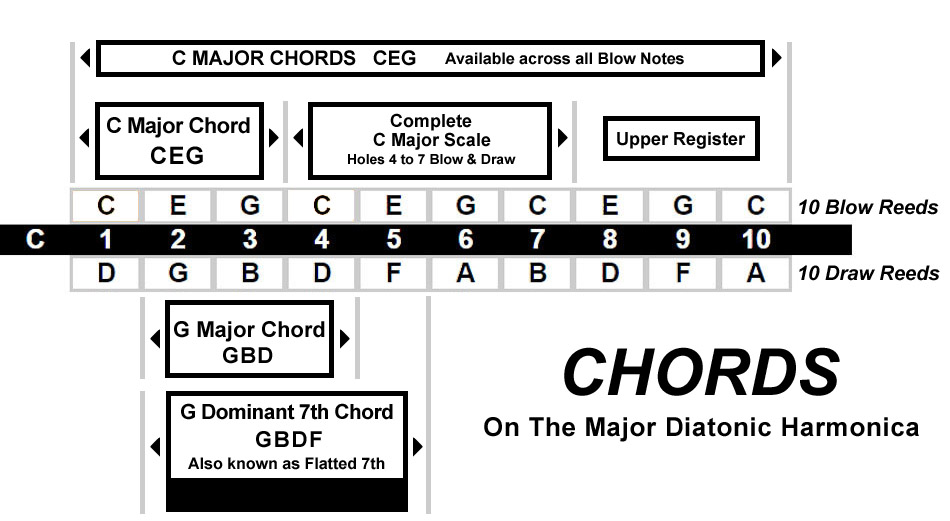 A complete Major scale is available in 1st Position, without bending, using holes 4 to 7.

Bending is necessary to achieve a complete scale in 2nd Position, using holes 2 to 6.

It is possible to bend certain reeds down (flatten) to produce a more fluid and expressive sound that can be obtained by playing exact notes precisely. Also, several important notes that are missing on the Major harmonica (in 2nd Position) can be found by bending.

Bending Technique: Start drawing gently on hole #3 until you get a clear, clean tone. Then drop your jaw slightly and draw your tongue back toward your throat. This will cause the reed to flat or bend. Saying the syllables “AAH-OOH” helps with draw bends and “EEE-OOO” with blow bends.

Caution! Bending will fatigue reeds much faster than straight playing.

This same pattern of bent notes is available on all Major keys apoteksv.se.